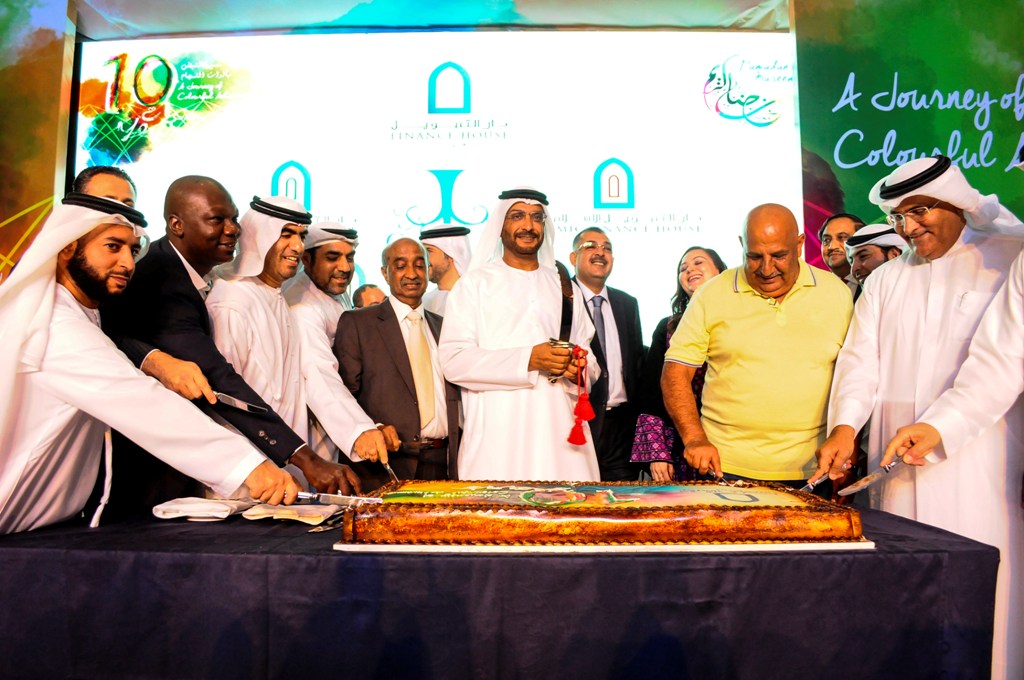 Abu Dhabi - July 07, 2014 - In conjunction with its 10th year anniversary, and in the presence of its Chairman, Mr. Mohammed Abdulla Alqubaisi, Board of Directors, Executive Management, staff and invitees, Finance House PJSC organized a Suhour on 06 July 2014 at the St. Regis Corniche - Abu Dhabi. The event was organized in recognition of FH’s Shareholders and Customers for their continued support. Mr. Alqubaisi gave an emotional speech, extending his thanks to each and every single person who has contributed to the remarkable success that Finance House is witnessing today. Certificates of appreciation were presented to some of the most prominent employees who have served the Company and have played a pivotal role in driving it towards new heights throughout the past 10 years.