Share On:
Previous News
Next News
Insurance House Doubles Its Profits During the First 9 Months of 2019 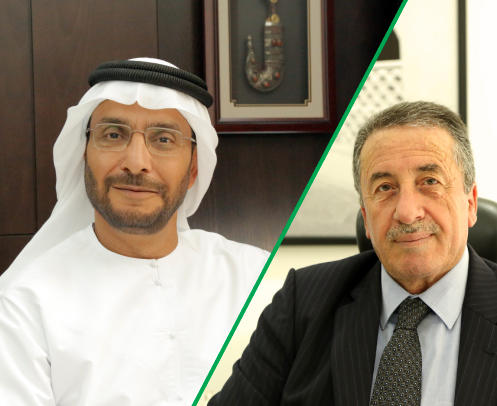 “This is indeed a morale boosting performance for the Company and all its stakeholders. It is the result sustained turnaround in the core underwriting business, which is gathering further momentum”, added Alqubaisi.

“Going forward, the IH Management Team is confident of sustaining this growth momentum, not only in the last quarter of 2019 but also in 2020 and beyond”, concluded Alqubaisi.

Mohammed Othman, Chief Executive Officer of Insurance House, commented: “This comes as a direct result of a series of strategic and tactical measures implemented by Insurance House Management to lower the cost of Claims Incurred across all business lines and carefully assess risks”.

Investment Income earned during the first nine months of 2019 more than doubled to AED 9.22 million compared to AED 4.07 million in the corresponding period of the previous year. This was achieved through a planned reallocation of investible surplus, to improve overall yield from a well-diversified investment portfolio. Cash & cash equivalents as of 30 September 2019 stood at a robust 22.98% of Total Assets, highlighting the sound liquidity position of the Company and its ability to take advantage of attractive investment opportunities that may arise in the near future.

“Our strategy is to compete on the basis of innovative product offerings, improved digital capabilities and superior service quality. Going forward, profits from core insurance activities will be driven by continuous fine-tuning of our risk underwriting capabilities, increased use of digital channels to extend customer reach and enhanced controls in our claims management processes”, added Othman.

As of 30 September 2019, Total Capital and Reserves received a 26.8% boost to AED 125.62 million compared to AED 99.10 million as of 31 December 2018. This was achieved through the successful issuance of a Tier 1 Perpetual Bond of AED 15 million and robust Total Comprehensive Income of AED 13.12 million for the first nine months of 2019. A maiden cash dividend distributed during the first half of 2019 is also an important milestone in the continued evolution of the Company.

“General & administrative expenses are higher than the previous year, but in line with our expenditure budget for 2019. Several key digital transformation initiatives are underway and we expect to reap the benefits of these initiatives from 2020 onwards”, concluded Othman.