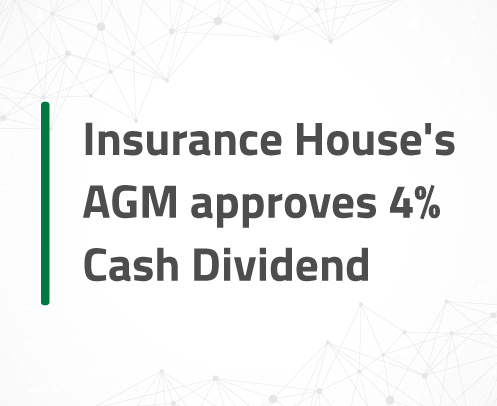 In his address to the Shareholders, Mohammed Abdulla Alqubaisi, Chairman of Insurance House, said: “IH has registered a whopping year on year improvement of 51.9% in its Net Profit, to reach AED 16.17 million compared to AED 10.64 million in the previous year”.

“Investment Income from a carefully managed and well-diversified investment portfolio was higher by 57.8% at AED 6.89 million in 2019, compared to AED 4.36 million in the previous year. This stellar performance is a direct result of well thought out strategies and their effective implementation across all business lines and investment portfolio”, Alqubaisi continued.

“We remain optimistic about our profitable growth potential in the near future. Going forward, profits from core insurance activities will be driven by continuous fine-tuning of our risk underwriting capabilities, increased use of digital channels to extend customer reach, and enhanced controls in our claims management processes”, Alqubaisi concluded.