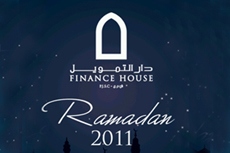 Abu Dhabi, 27 July, 2011 – Finance House PJSC (FH), an Abu Dhabi based financial institution, has released its new and improved Ramadan Application for all smart phones, which can be downloaded for free by visiting its website www.financehouse.ae.

The newly launched application is a developed version of what was created last year, where by it provides prayer timings for over 2,000 cities in more than 250 countries to help Muslims know when to begin fasting and when to break the fast, a Compass giving the direction of Qibla, in addition to Hajj and Umrah guide offering a mobile guide to the most famous places that Muslims visit during Hajj and Umrah. This application is embedded with an extensive and up to date search capability, which supports the majority of phone devices including smart phones such as Blackberry, iphone, Android, and Nokia.

Wissam Farran, Manager, Corporate Communications department at Finance House, said: “Following the immense response and feedback that we have received from last year’s application, we have decided to develop this year’s version to make it a comprehensive solution that gives users a simple and unique access to various experiences that Muslims like to adopt during the holy month of Ramadan”.

This year’s application is an advanced version of last year’s Ramadan Application which was a true success, where by more than 20,000 visitors managed to download it to their devices, which marks another milestone that reflects Finance House’s aim to constantly ensure excellence in client servicing and commitment to the society.