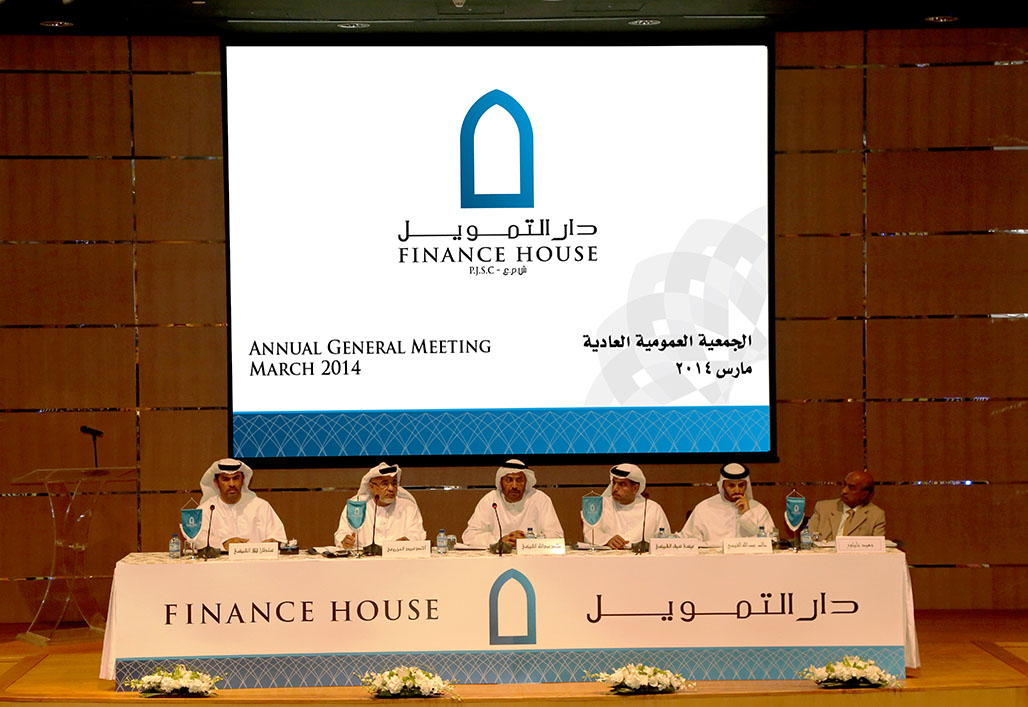 FH recently secured Investment Grade Corporate Credit Ratings of “BBB-” Long-Term and “A3” Short-Term, both with a “Stable” Outlook from Capital Intelligence (CI), the international credit rating agency. According to CI, “FH’s ratings are supported by a strong capital base, good capital ratios, good liquidity ratios and rising profitability. FH is one of the very few private sector entities in the GCC to have secured an investment grade rating from a reputed international credit rating agency.

In his address to the shareholders, Mohammed Abdulla Alqubaisi, Chairman of Finance House, said: “We are proud to maintain our profitable stance for the ninth successive year since inception. In less than a decade, we have experienced a complete boom-bust cycle and it is gratifying to note that our resilient business model has delivered profitable growth not only during periods of rapid economic growth but also during periods of relative economic stagnation or contraction.”

“We enter 2014 with a strong capital base, robust & proven business model, clearly defined implementation strategies, diversified portfolio of assets, remarkably stable sources of funding and in pursuit of interesting opportunities thrown up by a rapidly evolving market. In the final analysis, our unwavering focus is on enhancing the strength of Finance House Group and in creating sustained long term value for our shareholders,” concluded Alqubaisi.