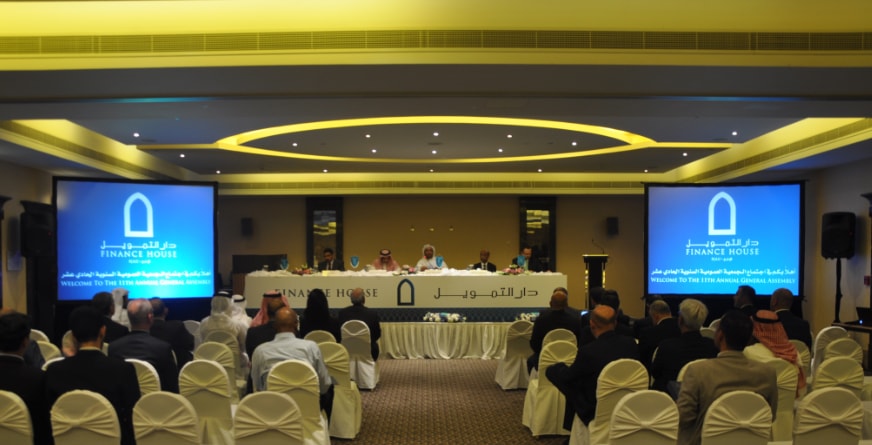 Finance House P.J.S.C (FH) shareholders approved the payout of a cash dividend of 10% of its paid-up capital for the year ended 31 December 2015, at its Annual General Meeting.

During 2015, Finance House PJSC successfully raised AED 300 million by way of Shari’a compliant Tier One Capital Certificates, after obtaining necessary regulatory and shareholder approvals. Capital adequacy ratio at the consolidated level as of 31 December 2015 stood at a robust 23.3% compared to 20.6% at the end of the previous year, providing a solid footing for sustained future growth in assets.

FH’s investment grade Corporate Credit Ratings were reaffirmed by Capital Intelligence (CI), for the 3rd year in succession, at “A3” Short Term and “BBB-” Long Term, both with a stable outlook.

According to CI, “These ratings are supported by a strong capital base, good capital ratios, improved asset quality, good liquidity ratios and rising profitability”. FH is one of the very few private sector entities in the GCC to have secured an investment grade rating from a reputed international credit rating agency.

In his address to the shareholders, Mohammed Abdulla Alqubaisi, Chairman of Finance House, said: “Despite challenging local, regional & global market conditions, we are proud to maintain our profitable stance for the eleventh successive year since inception. Our resilient business model has delivered profitable growth not only during periods of economic growth and expansion, but also during periods of economic turbulence and uncertainty. For a genuine private sector enterprise operating in the fiercely competitive UAE financial services sector, this is a creditable achievement indeed”.

“We look forward to 2016 with cautious optimism for sustained profitable growth, in line with our growth aspirations. Our strategy is sound and we have the necessary mechanisms and structures in place to exploit profitable opportunities, to adapt quickly to changing market conditions, to continue managing risks well and to maximize returns for our shareholders,” concluded Alqubaisi.